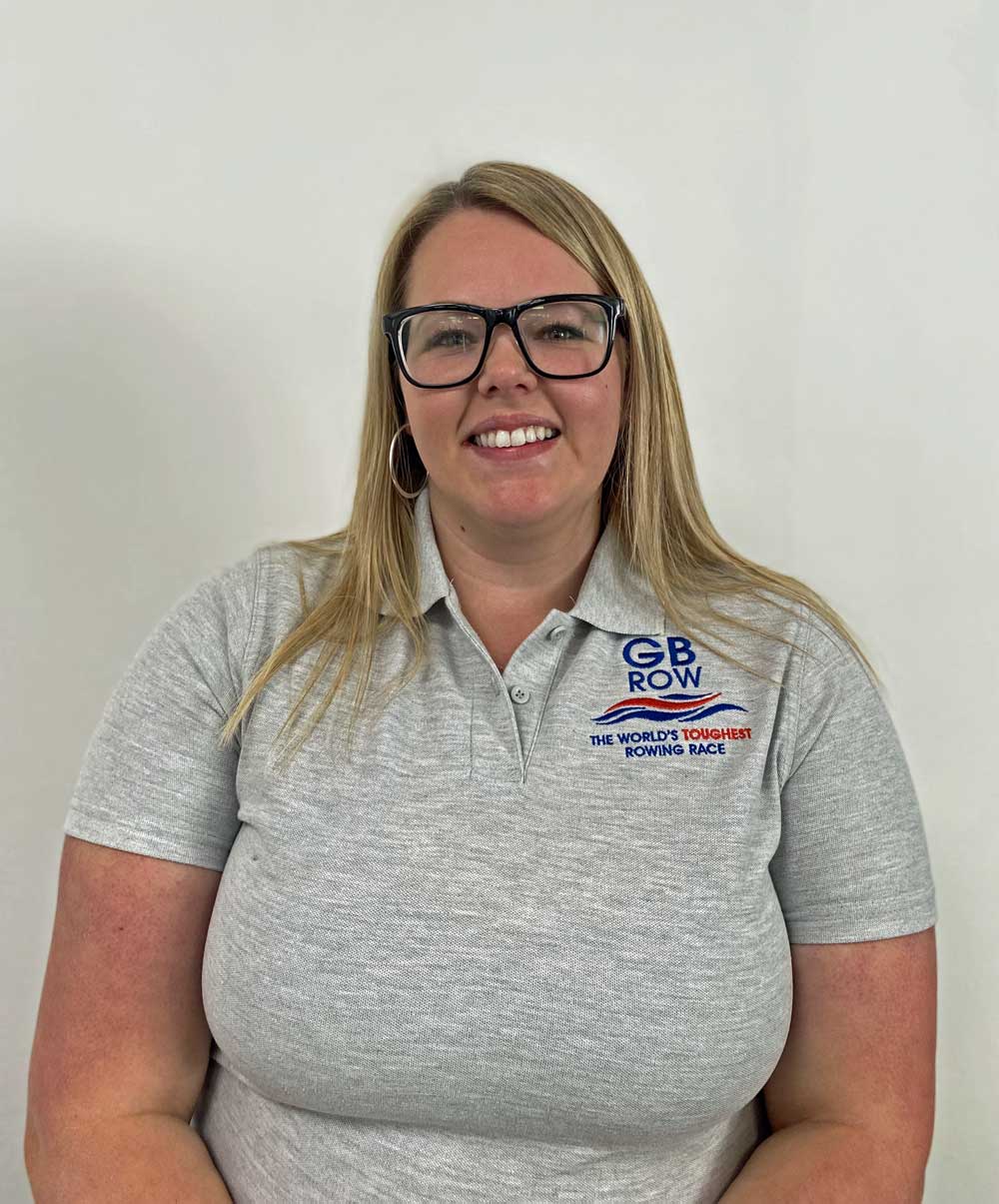 My ultimate goal in life was to row an ocean; and to do that at the age of 25 was an utter privilege. Although… it does seem like I was peaking too early; so I spent the long hours rowing mid-Atlantic, in the darkness, dreaming up more gigantic adventures.

I have rowed competitively, in fine-boats and coastal boats, across the world, then moved to be head-coach for a training camp in the USA, in my summer off from school. I have a pretty relaxed and unique coaching style. I would send off an 8-person boat with only 2 people in it; I would have the girls sat in their boat, on dry land for multiple practice sessions. Some people thought I was mad but my girls became the best and I hope I can bring an alternative view on training, fundraising and events to the team.

I’m a proud Yorkshire girl, working in Cyber Security, now living in the sunny South West of England, striving to challenge the common misconception that the North South divider is the M25 circular – ps, it’s not!

I have the most amazing work life – ensuring the aircraft that take you on holiday are safe and secure from cyber threat actors. I also have played a large part in establishing the UK as Europe’s first launching state; sending satellites into orbit from our beautiful island, how amazing is that?! So, spending so much of my time focussing on things in the air, I’m greatly looking forward to one of the other 4 elements, spending time on the water!

The GB Row Challenge is the icing on an already pretty incredible sporting career cake, having rowed the Atlantic, been on the England Karate Squad and competed internationally in Gymnastics too. But, most importantly, the opportunity to use my skills and determination for more than just wanting to win – being able to utilise the race as a platform to raise a life-changing amount of money for an incredible charity is an upmost honour. 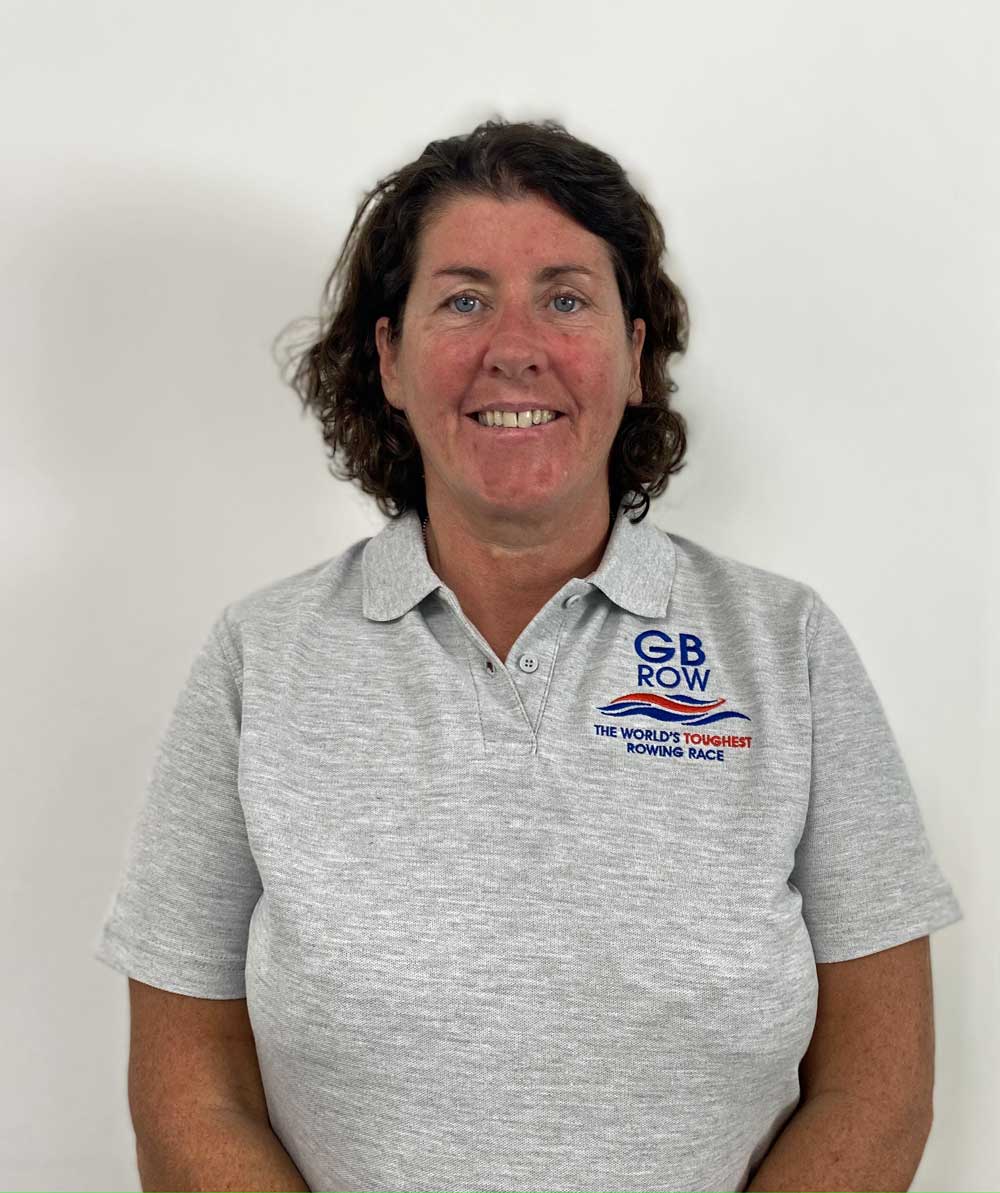 My life and sporting experiences have shaped the person I am today.  I possess an incredible drive and determination to succeed but display a joie de vivre in the way I live my life and achieve my goals.  Since the age of 9 I have been involved in different sports and achieved either a national or international level of representation.  I had the honour of representing England A in women’s rugby and played in the National League in women’s hockey.  Over the last seven years I have been involved in Cornish Pilot Gig racing in which I have represented my club in the World Championships twice.  My crew are currently ranked 27th out of 115 crews in the world which is something I am very proud of.

I have experienced a varied professional life having taught Physical Education for 10 years before moving into finance recruitment in 2000. I then joined the Civil Service in 2003 and have since then spent 19 years in a variety of roles developing an enormous and varied skill set across Whitehall.  I currently work within maritime security which was a large contributing factor to me setting up a crew to enter the GB Row Challenge in 2023.  Competing in the race and setting a new World Record is my ultimate aim and driving force in my life over the next 9 months.  This coupled with the opportunity to support the amazing charity CanRehab will be an amazing experience.  I dream of crossing the finish line under Tower bridge with a flare in hand, an amazing crew and a noisy welcoming group of supporters and loved ones cheering from the bank of the Thames 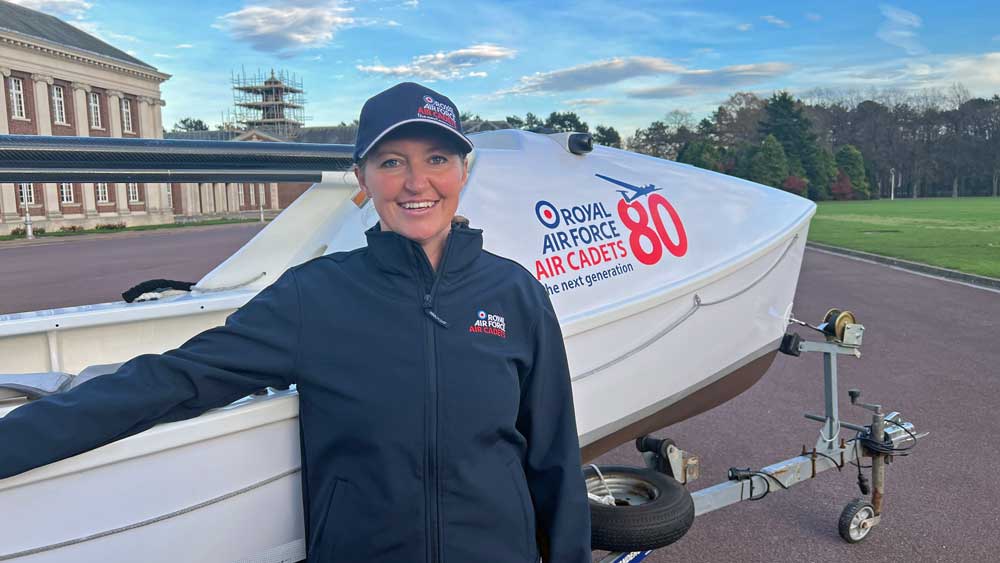 Emma Wolstenholme
I grew up in Burnley and, although it's quite inland, I was a real water baby and completed a 5km swim when I was just 8...and every badge you can think of by the time I was 10, including Personal Survival. I think this is why I'm so comfortable in the sea - be it ocean rowing, kitesurfing, kayaking, wakeboarding or just swimming - I feel relaxed and at home there. By the time I was 13, I had joined the Air Cadets and absolutely loved the adventures we got up to - from shooting and orienteering to flying and abseiling, I learned that if you say yes to every opportunity, you will grow and become stronger for it.
I then served for 16 years in the Royal Air Force as a commissioned officer, and realised I wanted to have more adventures and independence so I set about doing just that as soon as I left. In less than 3 years, I have been to Western Sahara teaching people how to kitesurf; the Middle East teaching women how to march (in Arabic!); climbed Kilimanjaro in the rainy season in 5 days; worked on the future nuclear submarine programme; sailed from Iceland to Greenland on an all-female crew making a documentary about climate change which was shown at COP26; and prepared for and attempted to cross the Atlantic by rowing solo and unsupported from Tenerife to Barbados.  The latter ended in a dramatic rescue at night in big seas by a 210m cargo ship due to a catastrophic electrical failure, but the stories of inspiration that ensued by the thousands of RAF Air Cadets that were following my journey and others across the globe was worth every bit of disappointment I had felt. I raised over £91,000 for the RAF Air Cadets and they made me their Honorary Ambassador, which was the most amazing gift of all. I was then asked to join Team Sea Legs to row around GB but we experienced the worst storm in the Irish Sea in 38 years and our journey ended half-way round.
So...the most important thing for me on this row is to try to inspire as many Air Cadets as possible through our actions...and hopefully complete the circumnavigation of Great Britain! I remain a realist though, and know that there are so many things that could go wrong, but I have learned a great deal and as skipper of Team Ithaca, I hope to put that experience to good use and focus on a safe and successful journey with a trained, happy and robust crew. 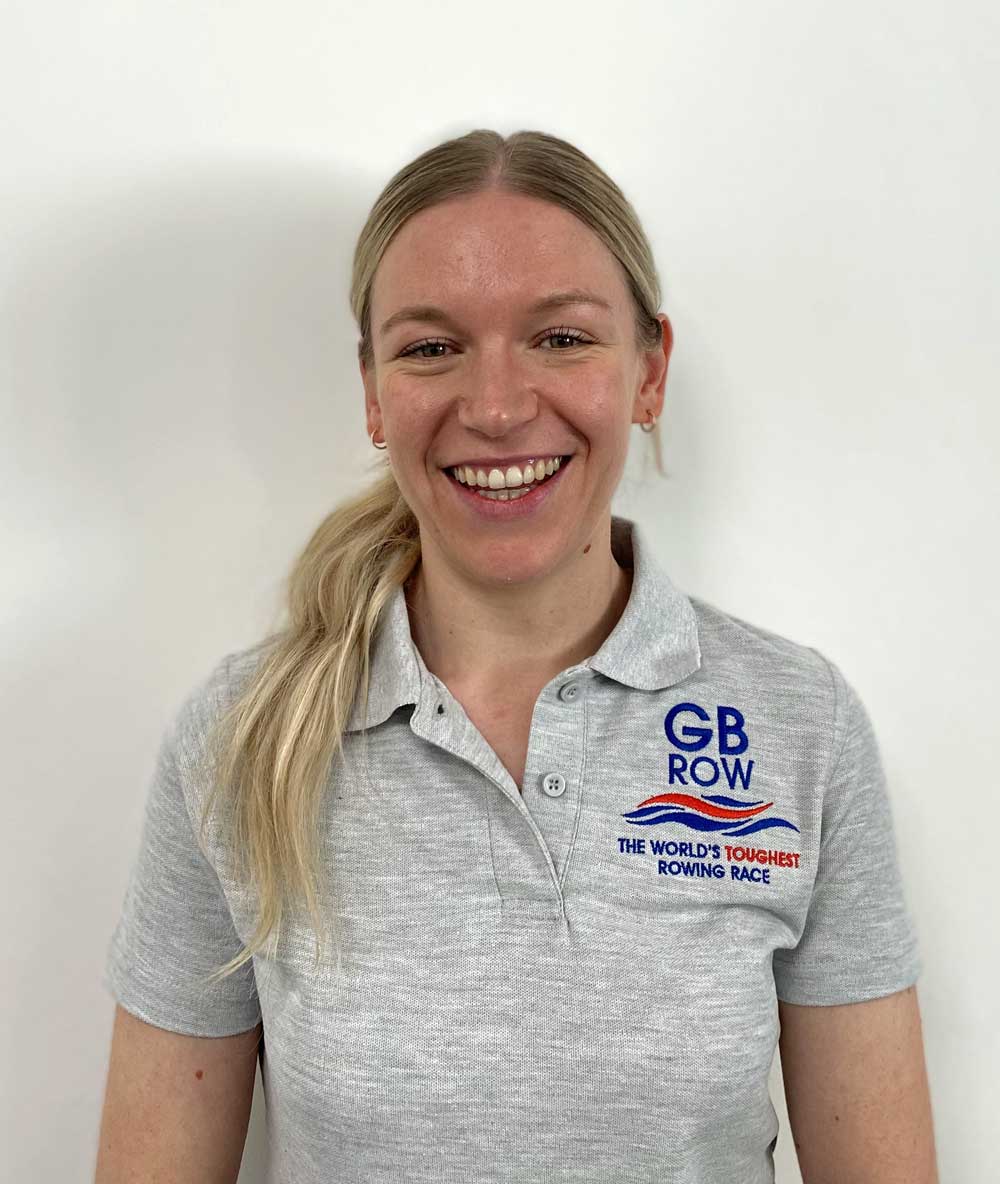 I love pushing myself both mentally and physically. I thrive off being pushed to my limits and seeing how well I cope, and on reflection what I can learn.

I led an outdoorsy, sporty life from a young age, spending much of my infancy on cycling trips around the UK and Europe – either in a bike trailer or on the back of my parents tandem (when old enough to contribute with my pedaling skills).

I spent a lot of time in Yorkshire and the Lake District, home to where my Grandparents lived. Walking up Ingleborough and other peaks became a frequent affair; along with cycling. Those experiences were where my fondness for adventure evolved and one of the main reasons I’m a long distance cyclist and keen mountaineer now.

I’m currently working my way through the Scottish Munros, having also climbed mountains in Norway, the Alps and Canadian Rockies. It’s an ambition of mine to climb a mountain in all the main ranges across the world.

I’ve always wanted to achieve something out of the ordinary which not only pushes me out of my comfort zone on a huge scale, but is bigger than just myself. To have the opportunity to contribute to marine conservation research, raise money for CanRehab Trust and (hopefully) inspire others, makes this challenge even more exciting and meaningful.

I’m best described as an ‘extroverted introvert’ and have a dry sense of humour. My life goal is to be rich in experiences, rather than things - this challenge will undoubtedly be one of the highlights! 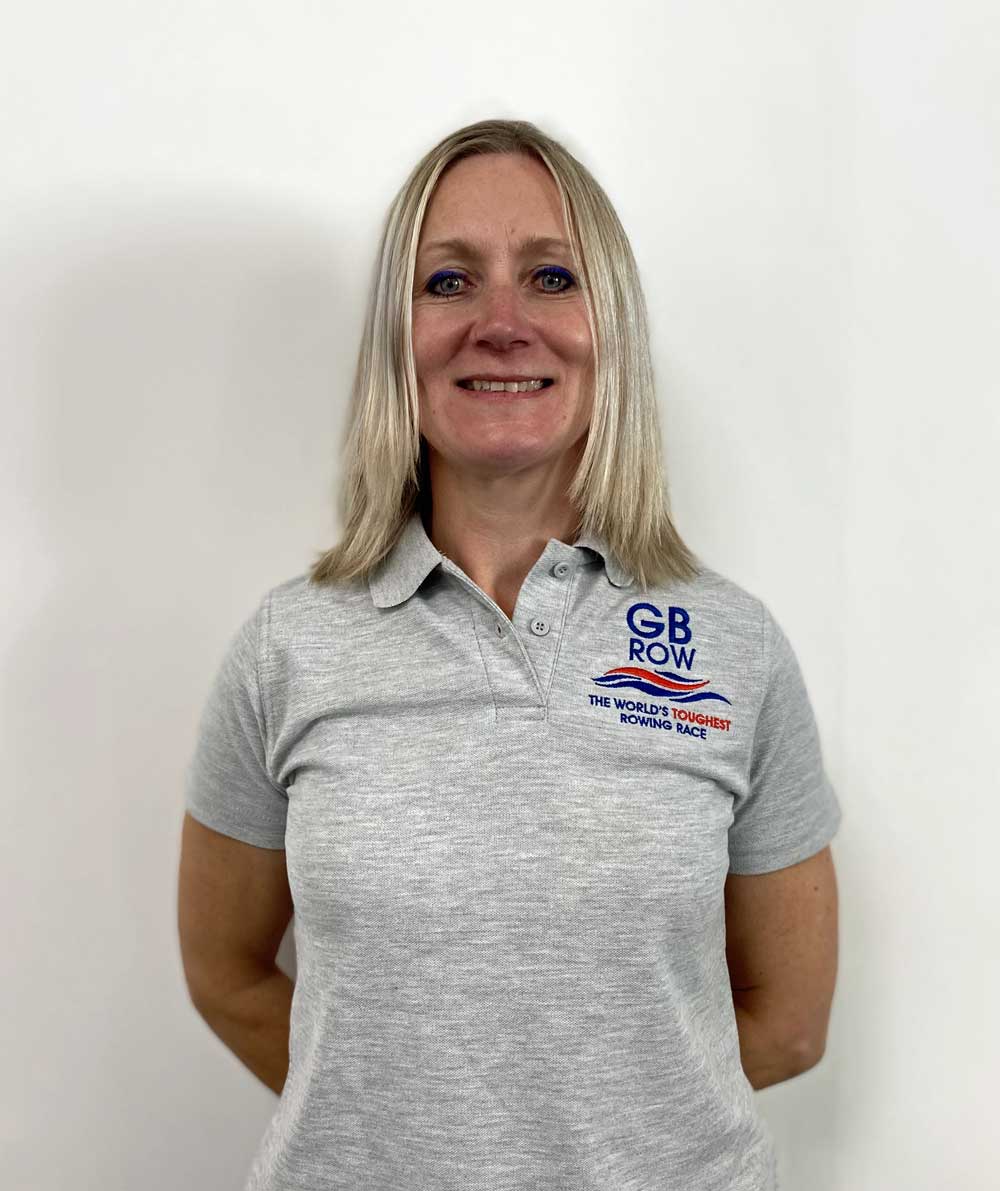 Happily married, dog-loving mother of one. Gutsy, goal-driven, determined and slightly unhinged, never sitting still and always embracing whatever is thrown at me. In a nutshell, this is me.

I've worked in the fitness industry for nearly 20 years, specialising in cancer and cardiac rehabilitation for the last 15 years. Since the pandemic and its accompanying lockdown, I have been working on the Safefit Trial, supporting people living with cancer to maintain and improve their physical and emotional wellbeing; from this, the CanRehab Trust was born. I have the privilege of working with amazingly-inspirational and brave people, and would love to mirror such courage, supporting charity to enable more to benefit from the wonderful support it provides.

Having completed marathons, 100-mile cycle rides, adventure racing, and numerous regattas and head races for Weybridge RC, one would think I’d like to put my feet up every now and again, which I do...........in order to research my next challenge! Being drawn to the water from a young age, and knowing that the time is most definitely right, what better challenge than the world’s toughest rowing race?! The ultimate rowing trial; pushing myself to, and beyond, limits to achieve my ultimate sporting dream.

So what can I offer? Feeling somewhat awkward about blowing my own trumpet, I asked a couple of friends to summarise who I am and what I represent.

"Wearing her heart on her sleeve, Gatesy epitomises no-frills authenticity and is that loyal and dependable friend that everyone wants. That in itself is a rarity but, when coupled with tenacity and realistic ambition, Gatesy is undoubtedly someone you want in your crew. Honest, gracious and considerate of others, Gatesy is a team player who gently says it how it is whilst spurring on others and enabling them to see the positives when things may not go according to plan. There is always a solution with Gatesy, and she will work her socks off to find it, encouraging and supporting others without fail, and smiling all the way. She will not let you down."

Who am I to disagree?!

I am (most might say, ‘weirdly’) chomping at the bit to be hauled out of my comfort zone and thrown into the metaphorical deep end. I am already hugely excited that the dream will become a reality and cannot wait to start our training adventures in preparation for the race. 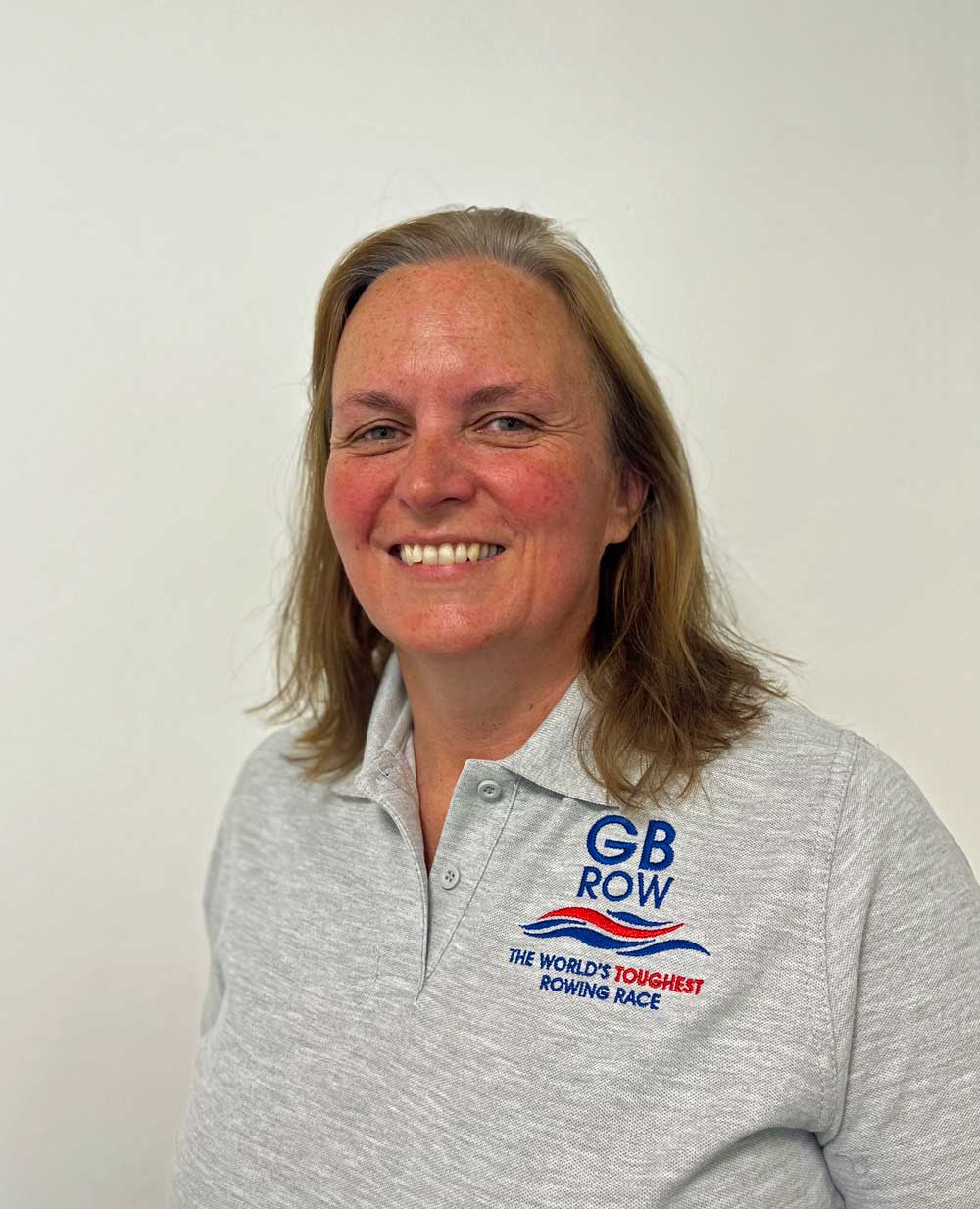 When it comes to sporting achievements, Rugby was my first love. I played up to international level and for many clubs including the British Army. As I hung up my boots after 22 years of playing, I did wonder where I would find a sport which ignited such a passion again. After many years I found coastal rowing and I have not looked back. It brought the positive team elements I enjoyed as well as the physical and mental robustness I enjoyed. I am a member of the Tudor Sailing Club in Portsmouth, and we row in Bursledon Gigs with some local successes in regattas.

I am an Officer in the British Army within the Queen Alexandria Royal Army Nursing Corps. As a critical care specialist nurse, I have deployed to many overseas locations working alongside other nationalities to make sure the patients who needed our care had the best available.

I am currently renovating my house and on to the last big dusty project and am mid-way through my MSc dissertation in Leadership and Management. I have an elderly black Labrador called Hamish who still loves to swim and run around the park (no one has told him he is nearly 14), I think everyone should be a bit more Hamish; laid back, always pleased to see people, and take pleasure in the simple things.

I turn 50 in 2024 and I wanted to set myself a challenge so when this opportunity came along I stuck my hand up and volunteered - I am raring to go. Some of my friends think I am nuts but the ones who know me the best just shrug and say ‘of course she is rowing around Great Britain, why not!’.