The SEAGALS, a ladies 4 crew, achieved a Guinness World Record in Aug 2010 for “The fastest Row around the British Mainland (ladies four)” in 51 days. A day-by-day account of their achievement can be found here: 2010 website

These added to the World Record set Will de Laszlo’s crew in 2005. You can read more about their achievement here: 2005 Record Breaking Row

In 2009 a team led by Nick Bevan set out to challenge the mens record set in 2005. Their voyage was abandoned in the Irish Sea in  order to go to the rescue of a light aircraft pilot who had ditched nearby in the sea in a storm. You can read the amazing story of this rescue in the Times here: part1 and part 2 and on the GBRow 2009 website.

The first GB Row Challenge took place in 2005 when the four man team headed by William de Laszlo set a new World Record of 26 days 21 hours and 14 minutes for unaided rowing around Britain. 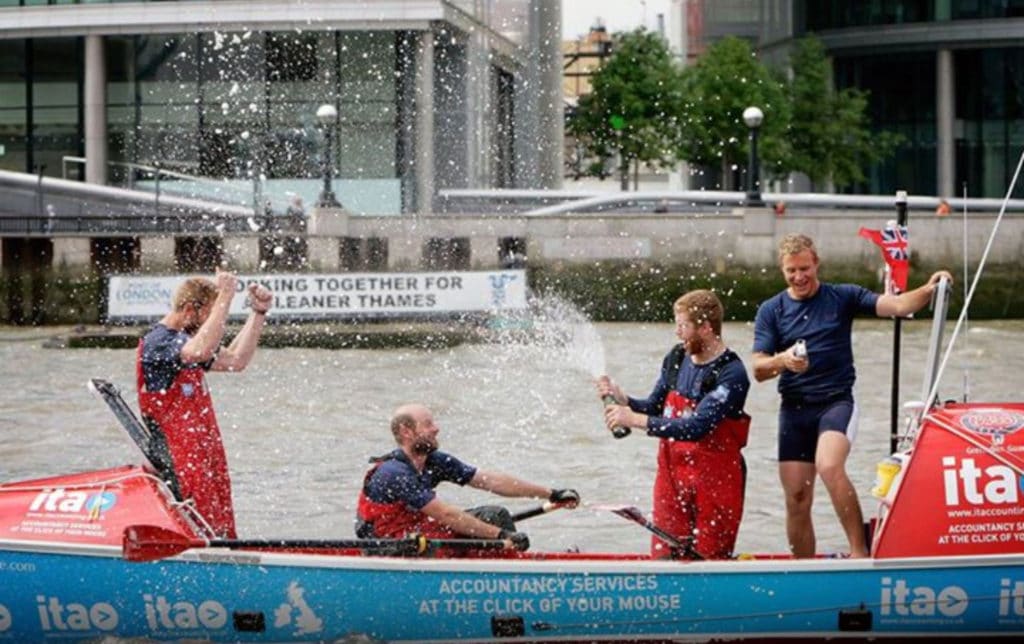 For the earlier history of GB Row and the  Anglo American Boat Race read The Story so Far .