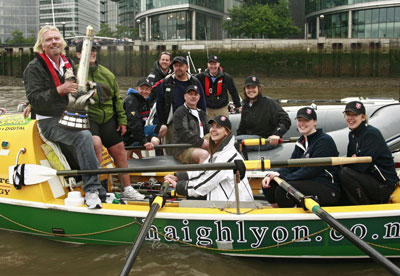 Race Director Chris Usborne has been busy recently ensuring the final race preps at Port Solent and the start at Tower Bridge are memorable to all taking part.

The race preps base Port Solent is home to a fleet of Sunsail Yachts and a luxurious yacht haven with exceptional marine support facilities. Competing boats have been invited to stay for up to 2 weeks before the event, courtesy of Premier Marinas www.premiermarinas.com .

Facilities provided include water and electricity, excellent shower and ablutions and discount in all Marine Stores on site. There is a public slipway or a sling hoist for water entry and exit (the latter includes small cost but with 75% discount on normal lift costs).

Events planned for the week of 23-27 May include: –  safety briefings for all teams, fitting race tracker devices, scrutineering, meteorological update, team building, coastguard interface, and an overnight row to Christchurch.

Port Solent is part of Portsmouth Dockyard, home of the Royal Navy and Race HQ. The Royal Navy have continued to be Friends of the Race and will support the start with HMS PUNCHER, a P2000 based at HMS PRESIDENT, acting as Starters boat, media platform, and as an escort for competing boats from Tower Bridge to the Thames Barrier.

The race will commence from Tower Bridge as the flood tide turns to ebb at approximately 14:30 on the day.  A light lunch for competitors, limited numbers of friends and family and some sponsors will be available. The venue can then be used as an exclusive viewing platform as the race starts.

Get your entries into Chris Usborne now – contact Chris on chrisu@gbrowchallenge.com or on his mobile 0772 3088332. There’s less than 4 months left to the race, entries are still open – are you up for it? 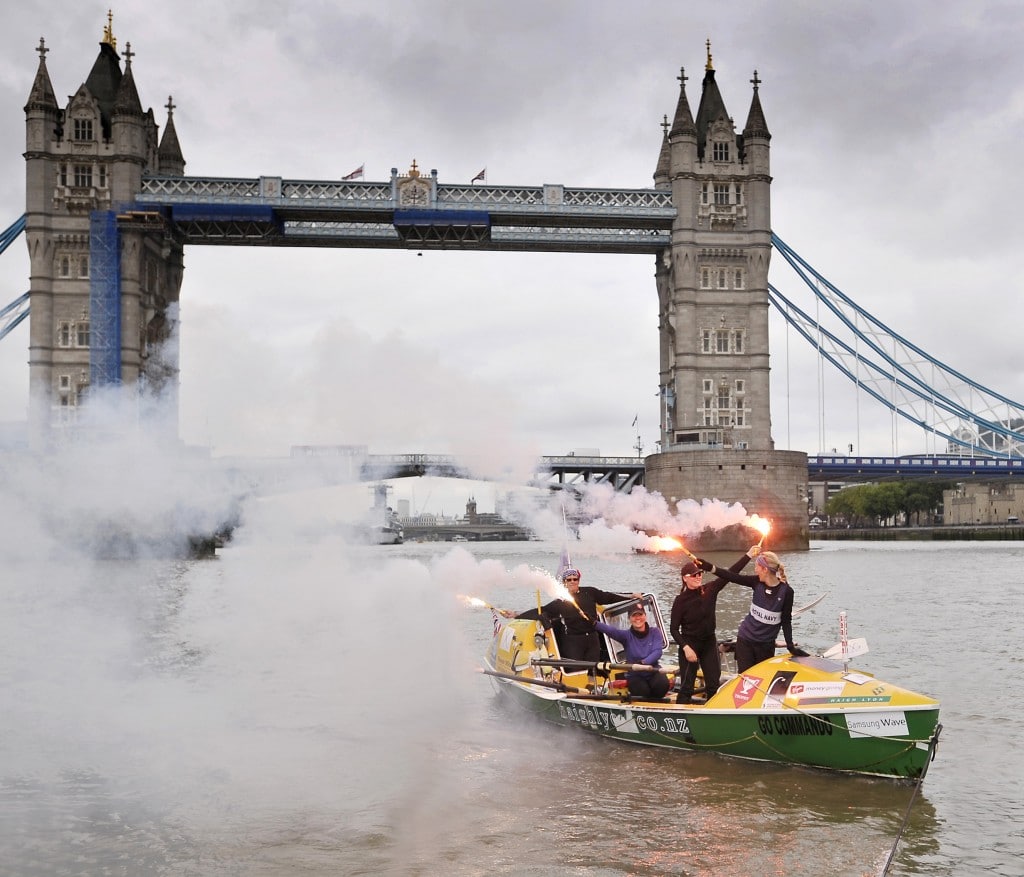 HM Coastguard will again oversee the safety of the race, and provide very useful station-to-station links around the UK. Coastguard staff offer expert local knowledge on weather changes, hazards, and valuable marine advice. In 2010 they were able to contact a foreign fisherman moments before it ran into the Seagals in poor weather conditions, and advised them they were straying into a live firing range. They also gave advice about the busiest shipping lanes in the world near Dover, etc etc.

Mathieu Bonnier was very keen to complete the first solo attempt, but has been forced to withdraw due to other comittments.

David Hosking is recruiting final crew members after his epic voyage across the Atlantic in HALLINE MARINE.

After much planning there is good probability we will get a new ladies boat racing in an attempt to beat the World Record set by the Seagals in 2010.

There is also a military boat to challenge the current entry ( was ORCA, now renamed Commando Joe), and even a celebs boat which will be taking part in a factual documentary.

This epic row has been completed by only 3 boats EVER, (2 fours and a pair) – just ten oarspeople have been able to say – ‘I did that’!

Join that exclusive group, break a World Record, grasp the opportunity and achieve the challenge of a lifetime – memories that will last forever.

It would be great to have you onboard.