The Exe Endurow rowers had an incredible encounter with a group of Dolphins off Lands End:

GB Row team Exe Endurow have been interviewed for the Allsportsnu blog. You can read the full interview on the Allsportsnu website: https://www.allsports-nutrition.com/blog/exclusive-interview-with-the-record-breaking-exe-endurow-team/

Several weeks have passed for the Exe Endurow team since rowing back into London on a Sunday morning in mid-August. Having had time to reflect on their challenge’s ups and downs we’re lucky enough to have been given an insight into what it’s like rowing around the GB coastline, and breaking a world record in the process… Read the full interview by clicking today’s link in our bio

GB Row 2020 team Exe Endurow have completed their round Britain row when they crossed the finish line at Tower Bridge on Sunday 16 August 2020 with a time of 42 days 8 hours 23 minutes and 16 seconds.

The team have achieved a world record for the youngest team to complete this route, and also set a record for the fastest supported row. The team of Charles Bromhead, Oliver Dawe-Lane, Arthur Chatto and Henry Lidgley left Tower Bridge, London on 5th July 2020 and returned on 16th August. 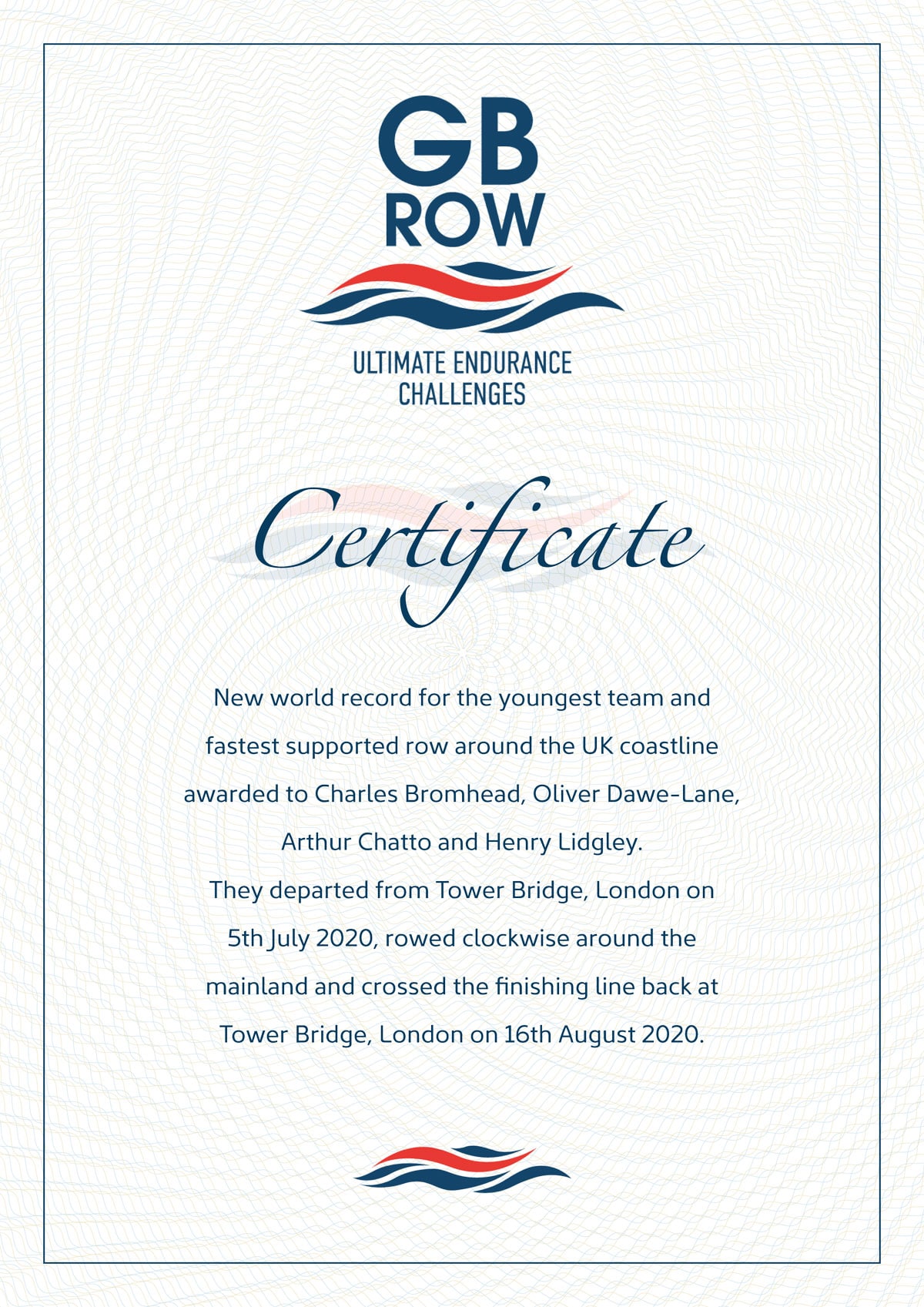 Rowing Roy team talk about their extreme round Britain challenge

The ‘Rowing Roy’ 2 man team of Duncan Roy and Gus Barton, both experienced transatlantic rowers, were rowing round Britain at the same time as GB Row’s team Exe Endurow. Starting from Ramsgate in late June, they have now ended their row at Amble on the Northumberland coast. In an interview with the Guardian on 21 July they told how extreme the round Britain route is compared to open ocean rowing.

Duncan Roy recounted how the British coastal route is full of treacherous currents, fast changing weather, heavy shipping, and the ever present temptation of normal life carrying on just a few miles away on the coastline.

The two rowers originally planned to take part in a trans Pacific row, but when this was cancelled due to covid they switched their plans to undertake the round Britain route in an independent record breaking attempt. Their aim was to raise funds for charity while beating the current time set by Jason McKinlay and Josh Tarr in GB Row 2013 on the slightly longer Tower Bridge to Tower Bridge route. However with that target time approaching while they were still off the Northumberland coastline, and with a looming family wedding commitment for team member Gus Barton, it seems the two have sadly had to put ashore at Amble.

The Rowing Roy story  really shows that the round Britain route is a tougher challenge of endurance and navigational skills than a Transatlantic row.  If you think your are up for it, register your interest for GB Row 2021.

Read the full interview on the Guardian website: https://www.theguardian.com/sport/2020/jul/21/uk-rowers-attempt-to-sail-around-uk-in-record-time

Alex Ford, Professor of Biology at the University of Portsmouth, was interviewed by BBC Radio Solent as the Exe Endurow team passed through the Solent:

An article has also been published in local newspaper the Portsmouth News: 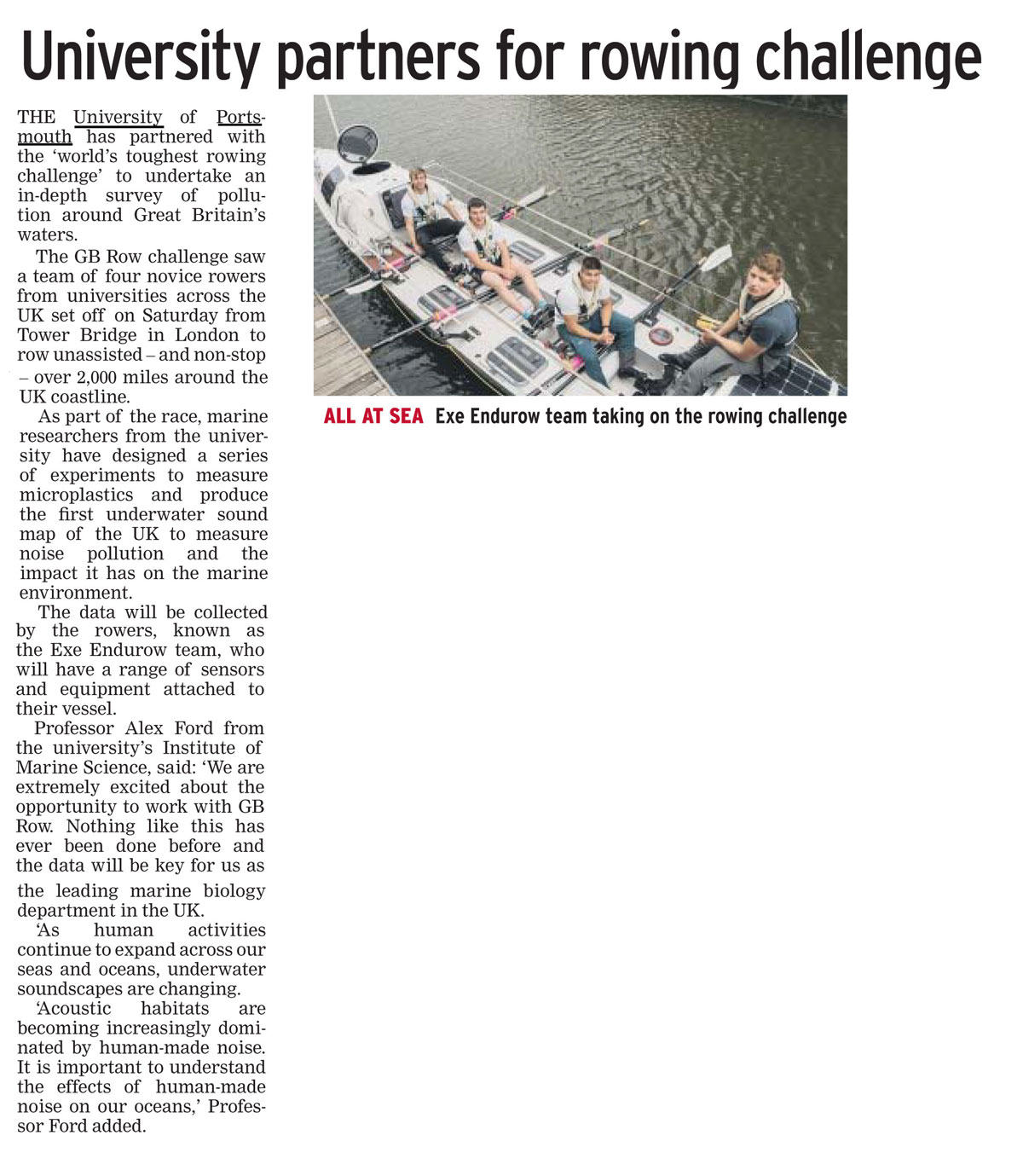 GB Row’s Round Great Britain and London to Land’s End races are featured in The Wave magazine’s January/February edition. The article tells the story of the original GB Row in 2005 and writes about the plans for this year’s races: Download a free copy 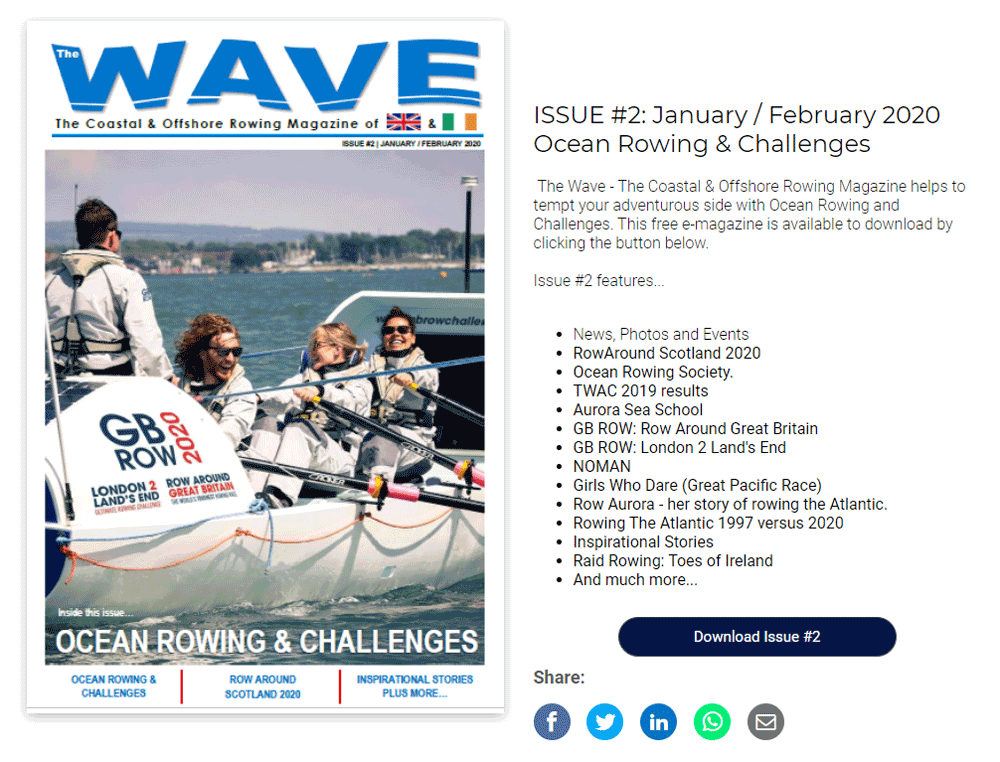