Feels like a long time since the last update. It all feels a little sluggish at the moment, I think we just have our eye set on Cape Wrath and rounding the top of Scotland so it’s downhill to home..

We just made the window through Loch Alsh, amazing little place! We went from a steady 3.5 knots to 7 or 8 knots within the Kyle 🙂 Unexpectedly we had about 30 seals in that small area playing around and staring at us, a bazarre 20 minutes!

Out the other side we powered on to try and see my parents who’ve travelled up from Devon to see us, amazing! We crept around the corner and got a text “we can see you!” .. Creepy … We couldn’t see them but as we got closer I noticed mum dressed in the brightest clothes she owns along with a bright pashmina to wave to us in case we missed them! Turns out we could get close enough to speak and mum was screaming as expected 🙂 It was emotional seeing them and I think they felt the same, it got to me a little, watching dad walking (bobbing) along the Skye bridge, taking photos from afar, I know they’re proud and it’s a nice feeling.

We carry on… We’re still unsure what is happening with this unstable low over Scotland, there will be northerlies but we’re not sure exactly when they’ll come in and how strong? It seems to be a little later and not as strong as expected so we’re heading for shelter 10 miles below Cape Wrath (Bodha Roin) to regroup and reassess the weather. If we’ve got allowable conditions, we’re only 2 days from getting around John O’Groats which is a massive milestone because I can eat my pork scratchings.

Today we had the coastguard intentionally fly-by us and circle us, amazing experience and we’ve got a little video so we’ll try to get that up but it was a real moment watching the winch men pretending to pull on the oars, a real boost!

We continue to slog away and now we’re close to 20 miles from shelter where we could be stuck for 2 days?! Hopefully not, if there’s an opportunity to move then we will but the fact is that there’s not much shelter on the north coast, especially from a strong northerly wind!

It’s lovely to hear lots of inspiring comments from home and from people we hardly know but will hopefully get to when we’re back, party on!

We’re both in good spirits, we’re working well together and hopefully Jay isn’t secretly cursing my struggle to get up for late shifts! I’m doing my best 🙂

Lots of love to everyone at home, don’t forget the charities 😉 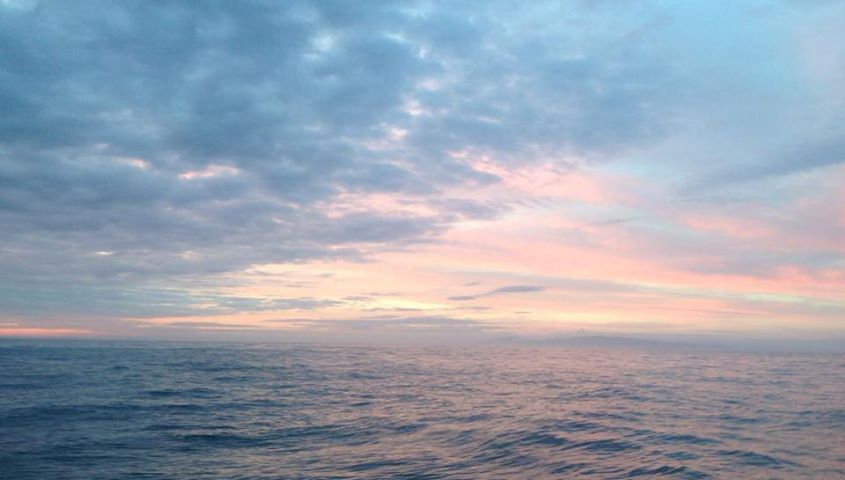 We’re frustratingly close to turning north for the Isle of Skye but the wind is holding us in.. It’s set to calm down any minute so we’ll try again at 8pm..

We’re keen to get moving in order to make a tidal window at the Isle of Skye 11am tomorrow. It’s almost 40 miles away so it’s a big ask but nothing ventured!

A little bit of maintenance today, scrabble, eating, sleeping. A beautiful place to be anchored but one of the most frustrating stops yet. We can see where we need to be, 6 miles away, then we can head north as the wind switches SSE.

It’s been an incredible experience in Scotland so far 🙂 Amazing scenery and wildlife. Definitely a place to come back and kayak!

We were a little arrogant earlier.. If ever we see a boat turn and head towards us, inevitably they want to talk and either find out what we’re up to or say they’ve been following us! Earlier a tourist boat came straight for us and we were like “here we go..” smiling away. We stood and waved as they got closer, it was a whale watching boat, they got closer and we continued to wave until it shot straight past us and was looking at something else, didn’t acknowledge us. Brilliant.

It’s all become a bit like normal life now, days are rolling into one but we’re also conscious we’re past half way and feels like we should be home soon! A little way off yet and we can’t be hasty, weather could still potentially hold us out here for several weeks but it would be nice to bring back the record for everyone that has supported

Back on the move! With a change in the wind and sea conditions earlier this morning Race leaders the Islanders have been able to get back on the move after spending a frustrating night at anchor due to the weather conditions. Second placed Savoir Faire further south in the Irish Sea having been able to keep rowing most of the night and maintain a gap of some 80 miles behind the leaders.

Lifting the anchor certainly got rid of any cobwebs from the sleep. Josh rowed towards it against a strong headwind and I dangled over to drag the 38 metres of rope and 10 metres of chain.

We turned away and plotted a course straight at The Lizard. Rolling waves and a strong breeze (East, thankfully), saw us make good progress early another day. Turned beautiful and calmed down but not too much that we couldn’t continue our shift pattern of 90 on 90 off…. We’ve been doing that all day and plan to continue, make it into Penzance whenever we can and leave for The Irish Sea on Saturday at Midnight…. The southerly winds should start then and hopefully our luck will continue.

Thanks for your continued support… Sleep time now, I only have another 45 minutes…

Photos sent to us by George Barnes:


We’re just off Salcombe now! Family and friends came out but weird not being able to get on or off boats like we’ve got the plague! Anyway, we’re getting some good rest and heading off in the morning! (You’ll probably get this message after we’ve left) [Editor’s note: we did]

Big day.
We started rowing at 10pm on the 5th with the intention of anchoring when the tide turned against us but when it got to that stage we found we were still making good progress so carried on. Those early morning shifts can be hard work, 3am to 4.30am can be interesting, Jason mentioned earlier in the race that I was sleeping at the oars for 10 mins (I was dreaming) but still continued rowing?.. So as we got closer we could work out whether we had a window to get past Start Point, with previous speeds to go by and the wind and swell we felt sure we’d make it.

Friends and family started to gather to plan a trip out to see us which is amazing but also a little pressure. With 15 miles to Start Point, only 4 hours until the tide turned and achieving only just over 3 knots if was going to be tight at best. We decided getting both of us in the oars would really help so we nailed an hour then switched to half hour bursts which seemed to work 🙂 it was a real struggle though because, conscious of time, we hasn’t eaten much, something we’re usually very good at.

Got into around Lannacombe, I rowed to keep us off the rocks whilst Jason cooked up some grub, once we got that down we slowly made our way around Prawl Point against the tide towards Elendor Cove which is now where we’re staying the night to recover. We think we spotted Inez (an incredible support to us) up on the cliff tops waving, if it is you Inez then let us know! 🙂

In the rush to Start Point we were getting text messages saying 1 team was out, 2 teams? And now possibly 3?! Our hearts go out to the Coast Girls, we’ve had some contact here and there and being the other pair there’s a certain connection there anyway! Hopefully they’re both ok and we’ll see them soon. Pure Gym also out and towed into our hometown of Salcombe?! A real shame, it was about the only thing we had to relate to a race, chasing down the Pure Gym guys knowing actually we had very little chance.

They’re all tucked up at my parents place now which is a little bizarre but they’ll be looked after by them and my girlfriend (Helen). Hallin Marine also out, a real shocker for us, they are such a strong team, it shows anyone could be out but looking at positives it means we’re in 3rd place, albeit last 🙂 .. We’re sticking to our original plan, get around safely and cleverly.

We met up with family and friends, a little more emotional than I thought it would be? Especially when they bring the lifeboat out with family shouting and waving, it was a strange scenario because no one could change boats, we couldn’t really talk that well and I couldn’t even give my girlfriend a kiss?

We offloaded some rubbish and tried shouting back and forth to answer questions. We had little or no signal for most of the day and nothing tonight so sure there will be a big catch up as we move tomorrow. Amazing finish to the day though, a few sly tears and hopefully a refreshing night. Bring on the Lizard and Lands End!